A joint exhibition of new paintings by Heidi Wickham 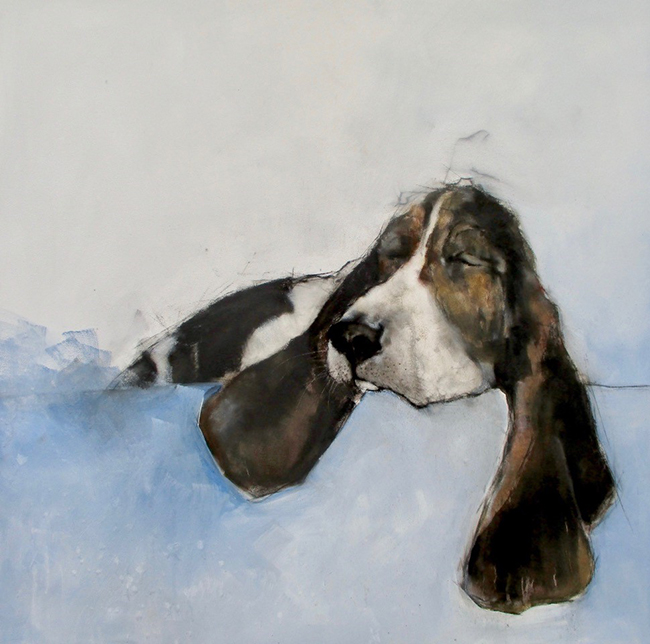 The Doorway Gallery is delighted to host an exclusive show by Heidi Wickham entitled “Fragile Mass”. Alongside we will have a new body of work on display by Richard & Carol ceramics.  The show will officially be launched on Thursday August 3rd  5.30 -7.30pm, at No. 24 South Frederick St, and is scheduled to run until August 24th.

“A few years ago I took a trip to Iceland to immerse myself in the surroundings in preparation to make some much larger drawings - the expansiveness and bleakness of the snow was like clearing my head artistically.

I love to draw.

Drawing is a fundamental scaffold for any creative practice, it is the bones on which to hang the fat, it is the un-ravelling of an object’s mystery. When I draw the animals, I try to see the structure of a head or foot, and then try to draw from the inside out. This may or may not be visible on the drawing, but without it there is no substance, no weight.

I’m in awe at the sheer bulk of the polar bear, I like to push the form right to the edge of the canvas, fully inhabiting , and even though I don’t strive for realism, I do want the viewer to feel the mass of an animal.

When making the hare drawings , it’s a similar feeling , but this time it’s about a different type of power - the speed gathered in the sinew as if the creature could shoot from the canvas at the first sign of danger.

I try keep all process to a minimum , it’s me , the reference material , the canvas and the charcoal. The charcoal holds the latent energy of a living thing, I love the idea of releasing that energy it in partnership with my memory and vision, and catch an image in soot. It is the very basic nature of the material that appeals to me - man’s earliest mark-making tool. It’s a material that demands a certain vigour in it’s handling - it’s brittle but has great depth when used in it’s compressed form. Getting the blackest of blacks requires rubbing the charcoal into the canvas - sometimes this can distort the surface , so I am trying to be a little less robust !

I do introduce some colour occasionally, but I am a monochrome worker primarily. I love colour, I surround myself with it and enjoy looking at highly coloured artworks , but as soon as my eye is caught by a black and white image , I’m there like a shot.

This collection contains all the animals I love to draw and I am delighted to have my first solo show with The Doorway Gallery this year. “