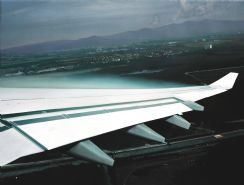 The Doorway Gallery is delighted to host an exclusive show by Jack Hickey. A show that is both intimate and exclusive. The show is entitled ‘Depart’. Jack opens the show with a special ‘Meet and Greet’, to answer any questions you may wish to ask the Artist himself. The show will take place Saturday October 15th, from 2-4pm, at No. 24 South Frederick St, and is scheduled to run from October 15th to October 29th.

Jack Hickey took leave from Ireland to take up residency in Bordeaux. In the months before his return to Ireland, his habitat had been Cork City. It was during his time in Cork, that his new series of work ‘Depart’, was conceived. The incidental moments he captured in the lead up to his departure form a poignant narrative, with each painting having personal and considered significance. The ‘Depart’ series, follows his previous works in a loosely autobiographical thread.

Take this opportunity to meet Jack and view his modest collection of photo realistic pieces of mastery.

We really hope that you can attend the show